The first time I saw the glass pyramid in front of the Louvre, I didn’t really see it at all. True, I have a photograph of my mother and me standing in front of the gleaming structure, smiling the dazed, uncertain smiles of fatigued tourists. But, in a sense, we couldn’t see it any more clearly than we could see the Arc de Triomphe or the Eiffel Tower—the postcard images of edifices that belonged to a different world. I was twenty years old, and it was my first time in Paris, and the fact that the defining landmarks of the great European capital seemed to hold me at arm’s length didn’t surprise me. I was an outsider there, by virtue of my face, my race, and the strange syllables that constituted my name. What I didn’t know at that jet-lagged moment was that the pyramid had been built by a man who once must have found himself similarly estranged.

I. M. Pei, who died on Thursday, in Manhattan, at the age of a hundred and two, likely wouldn’t have divided the world along such parochial lines, even though he crossed many of them in his time. He was perhaps the most eminent architect in the world when, in 1984, President François Mitterrand selected him to redesign the entrance to the Louvre, the symbolic heart of France. But, when his plan for the steel-and-glass structure was revealed, he was accused of sacrilege. A headline in the newspaper Le Parisien derided it as “The Astonishing Chinese Pyramid,” and the suggestion that Pei was too un-French to be trusted with such an important assignment was implicit in his most spirited detractors’ complaints. A former chief architect of Paris’s Committee on Historical Monuments called the pyramid “a gigantic, ruinous gadget” that existed “outside our mental space.”

If Ieoh Ming Pei had possessed a less certain sense of himself, he might have felt more circumscribed by the borders that others drew around his identity. But, born in 1917, in the newly founded Republic of China, to a prominent banking family, he spent his childhood in Shanghai and Hong Kong, the two cities that most symbolized the fusion of East and West and the fluidity of identity. As a boy, Pei was enamored with the America of Charlie Chaplin and Buster Keaton, but he spent most of his summers in his grandfather’s village, in Suzhou, learning the traditional rites of ancestral worship. After attending M.I.T. and Harvard’s Graduate School of Design, Pei taught briefly at Harvard, then moved with his wife and children to New York City. He worked for a commercial real-estate developer before setting out on his own with increasingly high-profile projects, such as the National Airlines terminal, at John F. Kennedy Airport; the Newhouse School of Communications, at Syracuse University; and, later, the John F. Kennedy Library, in Boston. Many of his buildings, in fact, were initially considered shocking. His most iconic designs—such as the East Building of the National Gallery, in Washington, D.C.—are monuments to a sleek, audacious modernism. 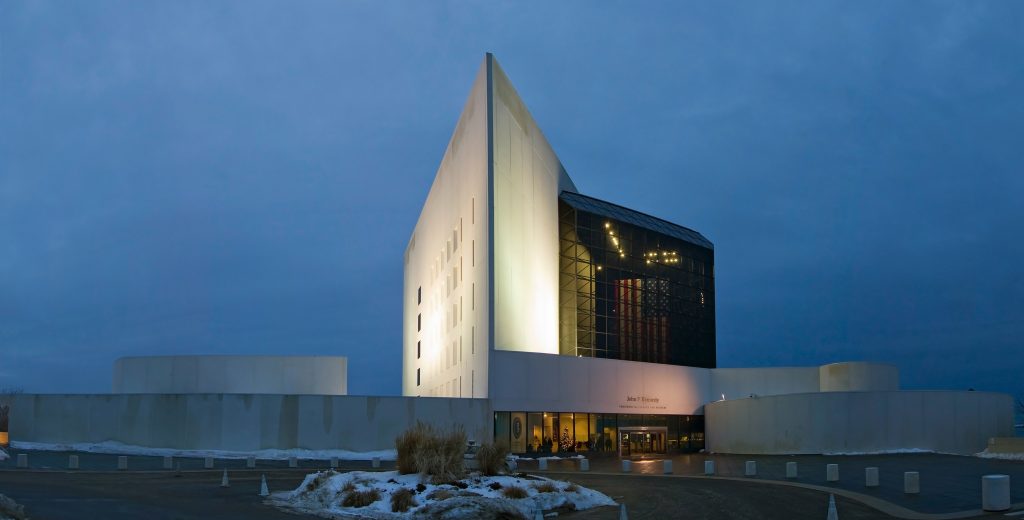 I actually knew the name I. M. Pei years before I saw the Louvre pyramid. I was not particularly interested in architecture, but, as an insecure immigrant teen-ager desperate for validation from an adopted country, I vowed to educate my way to self-assurance. In high school, this meant acquainting myself with the icons of America’s cultural élite. Few of them shared my background or ethnicity, though, and the few I knew who did, whether they were writers, actors, or poets, seemed to live inside an Asian-American box. I assumed that this was an immutable law of identity: that in America you could do more or less what you wanted, but the most salient factors of how you were perceived remained the way you looked and where your parents came from.

But Pei was different. His name—not to mention his unmistakable appearance, with the enormous round glasses he always wore—seemed to have little effect, in this country, at least, on how he was viewed. He wasn’t famous because he was a good architect among Asian-American architects. He was famous because he was a great architect who happened to be Asian-American. To a young immigrant from China, this decoupling of identity was exhilarating.

Of course, it was evident that Pei loved being both American and Chinese. He always referred to himself as a Western-trained architect, but he remained deeply connected to his birthplace. In an article for the People’s Daily, in 2004, he described the experience of returning to China for the first time to visit his family, nearly forty years after leaving the country. “I feel that China is in my blood no matter where I live,” he wrote. “China is my root.” According to Pei, lasting architecture has to have roots. For his master’s-thesis project at Harvard, in 1946, he designed an art museum in Shanghai that combined modernist Cubist design with elements of a traditional Chinese garden. In 1982, he designed the Bank of China Tower, in Hong Kong—a seventy-story bamboo shoot of triangular and diamond shapes, made of glass and steel—in homage to his father, who once ran the bank’s headquarters there. 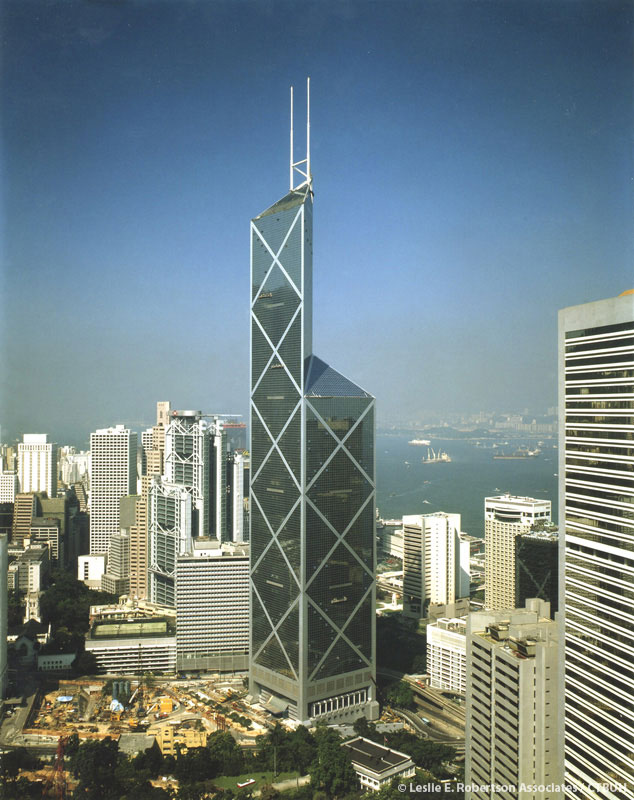 The Bank of China Tower

This year marks the thirtieth anniversary of the completion of Pei’s pyramid. In time, it won over the critics and became an integral part of both the Louvre and Paris. On Friday, the day after Pei’s death, dozens of the museum’s employees gathered underneath it, to applaud its creator. The mark that I. M. Pei made is an idea of the world distilled and refracted by the path that he struck through it. He is everywhere, his creations large and small etched into the landscape, as the identity of America.