SYDNEY, Australia — To understand why the Trump administration has struggled to build a global coalition of allies in its trade war with China, it helps to understand what is happening in the rolling hills and valleys of Australia’s southeast and southwest coasts.

Vineyards that once made many crisp white wines and fruity red ones popular with American buyers are now also producing more austere reds favored by a segment of a rapidly expanding market of Chinese drinkers. Since 2008, Australia’s wine exports to the United States have fallen 37 percent; exports to China have risen 959 percent.

Around the globe, longtime allies are planning for a world in which the United States is no longer the economic center. For all the frustrations of doing business with China, including opaque government action and allegations of intellectual property theft, the sheer logic of economic geography is proving more significant than historical alliances.

The tension is evident in many countries with deep economic ties to the United States, including South Korea, Japan and Germany. But perhaps nowhere is the tug more vivid than in Australia, long one of America’s closest allies, which now finds itself pulled in the opposite direction by China, its largest export market.

In national elections scheduled for May 18, both major parties have called for a balanced foreign policy, aimed at maintaining the country’s longstanding national security alliance with the United States — while also looking to nurture the relationship with China.

Neither party’s leaders have adopted the bellicose anti-China language of President Trump, nor the use of tariffs to try to force the Chinese to yield to Australian demands. (The Trump administration recently raised tariffs on $200 billion of Chinese imports to 25 percent from 10 percent and threatened to expand the tariffs to encompass all Chinese imports.)

Australia’s cultural affinity with the United States remains strong. Australian and American troops fought together in World War II, and more recently in Afghanistan and Iraq. The countries’ intelligence agencies share some of their deepest secrets. But in terms of cold hard (Australian) dollars, the nation’s business and political leaders now speak of the world’s two largest economies as equally important partners.

“Our interests are not identical to the U.S.,” Geoff Raby, a former Australian ambassador to China who advises companies doing business in the two countries, said in an interview. “That doesn’t mean we can’t have a close, warm relationship with the United States. But we cannot join the U.S. in a policy premised on China being a strategic competitor.”

Australia is essentially trying to navigate the world economy as a midsize country maintaining good relations with both superpowers. It is trusting the United States as an ally on national security matters but also knows that its economic future, and present, are tied to China. Australia and China have had a trade agreement since 2015.

China’s huge population and rapid growth will inevitably pull more countries into its economic orbit. But that strong pull also reflects recent steps by the United States to undermine institutions that Americans themselves helped create to guide the global economic system.

The Trump administration, for example, has levied steel and aluminum tariffs on close allies, ostensibly on national security grounds; walked away from the Trans-Pacific Partnership, aimed at creating a trade bloc that could counter Chinese influence; and taken steps to undermine the World Trade Organization, which many smaller countries view as essential to getting a fair shake in global commerce.

The incumbent government, led by the prime minister, Scott Morrison, has sought to maintain close ties with both the United States and China. It has passed a law to try to reduce foreign influence in Australian politics, and is pledging increases in spending for defense andcybersecurity.

“Inevitably, in the period ahead, we will be navigating a higher degree of U.S.-China strategic competition,” Mr. Morrison said in amajor foreign policy speech late last year.

Leaders of the Australian Labor Party, aiming to take power for the first time since 2013, are less friendly to the Trump administration; they embrace economic ties to China while appearing reluctant to be pulled too close in either direction.

“Differences between our systems and values will inevitably affect the nature of our interactions,” said Penny Wong, a senator expected to be foreign minister if Labor prevails, in a recent appearance.“But those realities include the fact that China will remain important to Australia’s prosperity.”

The absence of a full-throated debate reflects a widespread acceptance that the economic relationship with China is too important to mess up.

“The silence during the campaign is almost eerie,” said Richard McGregor, a senior fellow at the Lowy Institute, a think tank in Sydney. “Neither party sees any overwhelmingly partisan advantage in taking the issue on. And both parties know that they could make life harder for themselves with China later because of things said in the heat of the battle.”

A look at the structure of the Australian economy shows why. The most economically consequential exports are commodities, including iron ore, coal and natural gas, which have helped provide raw materials for China’s economic surge over the last three decades. But these natural resource industries are only part of the picture.

There are about 165,000 Chinese-born students in Australian universities, a crucial revenue source.

Buyers from China helped fuel the housing market, at least until recently; tighter restrictions on Chinese citizens’ freedom to move money abroad have been a factor in the sector’s downturn. 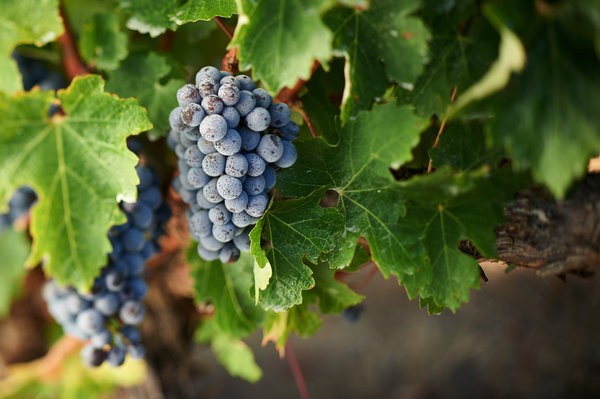 The Australian wine industry was once almost entirely focused on domestic production, then expanded to exporting to Britain and then the United States. But in the last 10 years, three forces have combined to make China the largest export market for Australian wine. The ranks of the Chinese middle class have grown astronomically. A 2015 trade agreement between the two countries reduced tariffs. And an extensive marketing campaign has helped ensure that many Chinese consumers would favor Australian labels.

Tony Battaglene, chief executive of Australian Grape and Wine, the industry’s trade group, said: “We don’t want either party to see us taking sides with the other party. It’s delicate political ground, and we don’t want to get caught up in the wash.”

In 1994, Catherine Cervasio started a company, Aromababy, that makes organic skin care products in Melbourne. She soon began exporting to Hong Kong and Singapore, and since 2008 has exported to the Chinese mainland, which now accounts for about half of the company’s revenue.

The company is not yet exporting to the United States, though she hopes to develop an American business eventually. “It’s a lot further geographically,” Ms. Cervasio said. She visited China seven times last year, and has taken lessons in the language.

“There is more synergy among Asian markets and Australia,” she said, especially around personal care products.

In effect, the combination of population and geography made an Australian shift into the Chinese economic orbit inevitable once China began opening its economy in the 1980s.

What has changed in the last couple of years is that the risk of a bifurcating world trade system has created new urgency in trying to keep options on both sides.

“There’s no need for Australian business or the Australian government to be hard and fast about allying with either China or the U.S. to the exclusion of the other,” said Adrian Perkins, a partner at the law firm King & Wood Mallesons, the merged product of a Chinese and an Australian firm. “The sensible path is to keep all options open. We needn’t shut them down.”

What is sensible for Australia’s economy and geopolitics means that what was once a special relationship with the United States is no longer quite so special.

Neil Irwin is a senior economics correspondent for The Upshot. He previously wrote for The Washington Post and is the author of “The Alchemists: Three Central Bankers and a World on Fire.”