ON MONDAY March 21st, Barack Obama will become the first sitting American president to visit Cuba since Calvin Coolidge in 1928. Mr Obama’s trip is a symbolic culmination of a process of rapprochement that he and Raúl Castro, Cuba’s president, began in December 2014. Since then the United States has eased the half-century-old trade and travel embargo on Cuba, removed the country from its list of state sponsors of terrorism and restored diplomatic relations, cut in 1961.

America’s government eased restrictions further on March 15th, allowing its citizens to travel to Cuba on their own for “educational” purposes and Cubans to be paid salaries in the United States. Mr Obama argues that such interchange will do more to hasten the liberalisation of Cuba’s repressive socialist regime than continuing to isolate it. 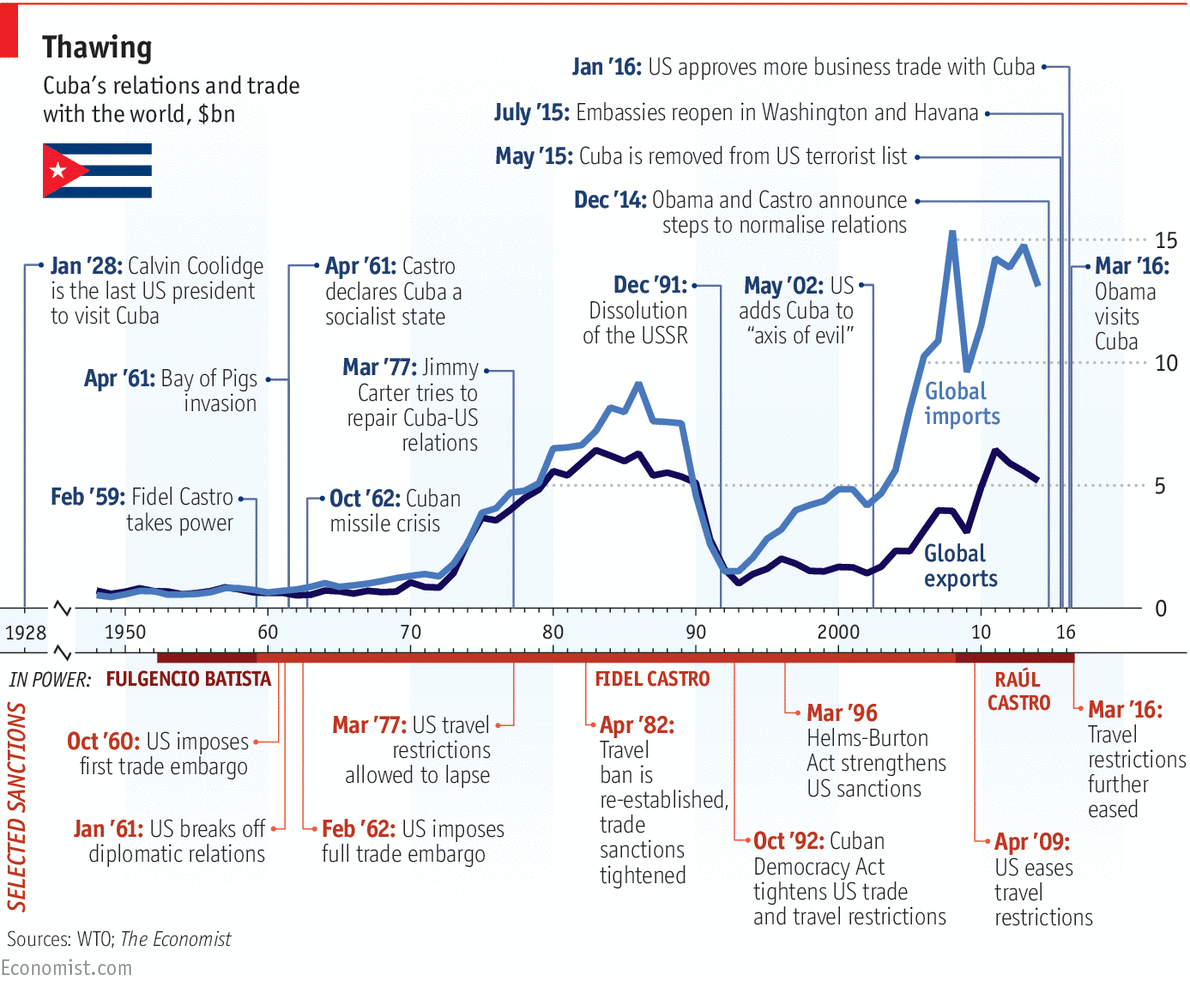 When he arrives, he will find modest grounds for hope. Cuba is visibly changing, in part because of economic reforms begun by Mr Castro before his accord with Mr Obama. But the changes so far have done more to enhance the lifestyles of a few than to bring freedom and opportunity to the majority of Cubans. They are most palpable for the half-million who have registered as self-employed, especially those who cater to tourists. Guesthouse owners, restaurateurs and taxi drivers are profiting from a rise of close to 80% in the number of American visitors (excluding those of Cuban descent) in 2015. A further rise is sure to occur when commercial airlines begin scheduled flights later this year.