Eddie Rosario, the Minnesota Twins left fielder, can’t remember the exact year, but he was a youth baseball player in his native Puerto Rico when he was given the choice of two jerseys: No. 21 or another number.

No. 21 is sacred in baseball, particularly to Puerto Ricans, because it was the longtime number of Clemente, the iconic player who hailed from the island. Even as a youngster in Guayama, Rosario knew of Clemente’s importance, which led him to join the majority of Puerto Rican major leaguers in doing something that Major League Baseball hasn’t: decline the use of No. 21 in an effort to essentially retire it.

Of the 235 Puerto Rico-born players who have appeared in the major leagues since Clemente’s death 47 years ago, only 16 have used No. 21 — and none in the past five seasons, according to Baseball Reference.

In addition to Roberto Clemente’s accomplishments on the field — a 15-time All-Star, 12-time Gold Glove Award winner, two-time World Series champion with the Pittsburgh Pirates and member of the 3,000-hit club — he was a fierce advocate for Latino players and against Jim Crow segregation. A year after he died in a plane crash on Dec. 31, 1972, while escorting earthquake relief from Puerto Rico to Nicaragua, Clemente became the first player from Latin America inducted into the Baseball Hall of Fame.

On Monday and Tuesday, Major League Baseball celebrated Jackie Robinson, who broke the color barrier in baseball on April 15, 1947, by having every player wear his No. 42 jersey, which was retired in 1997 and remains the only one to receive that special honor by all 30 teams. Many Puerto Ricans believe the same M.L.B.-wide retirement should also go to Clemente, who also made his major league debut this week, on April 17, 1955. 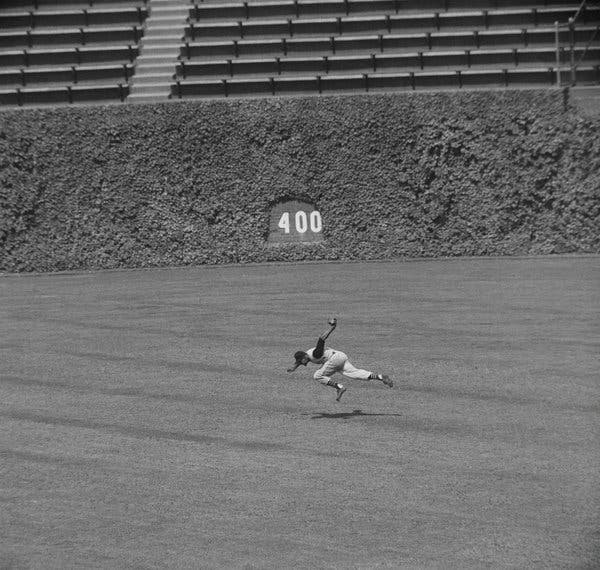 Clemente making a backhanded catch of a drive by Bobby Thomson at Wrigley Field in Chicago on Aug. 19, 1958. Credit Associated Press 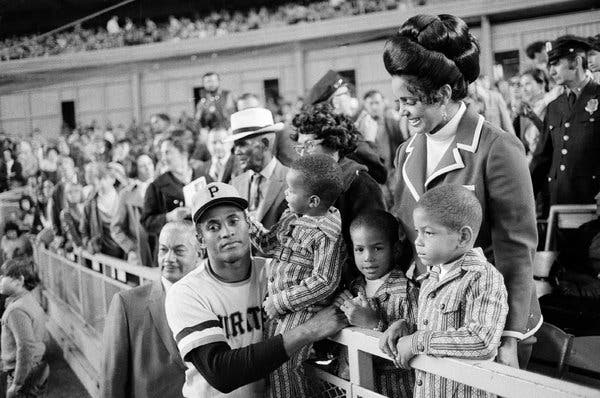 Clemente at Shea Stadium in New York in 1971 with his wife, Vera, and three children (from left): Roberto Jr., Luis and Enrique. Credit Jack Kanthal/Associated Press

In the four decades since Clemente’s death, there has been no shortage of movements, campaigns and petitions to retire No. 21. The argument is particularly strong now, as the percentage of Latino players has swelled to nearly 30 percent in the major leagues, and it is even higher in the minor leagues. M.L.B. has made greater efforts to honor the influence of Latinos in general, whether through TV commercials or the Ponle Acento (“Put an Accent on It”) campaign that has led to more authentic renderings of names on jerseys.

At an event in San Juan, P.R., last year unveiling a memorial to Clemente, Gov. Ricardo A. Rosselló of Puerto Rico asked Commissioner Rob Manfred, who was also in attendance, to remove No. 21 from commission.

“His body of work speaks volumes, so I do think that, as Jackie Robinson represents greatness in baseball and so much more, so does Roberto Clemente, particularly for Latinos all over the world,” Rosselló said afterward. “So I think it’s the right time to retire No. 21.”

Manfred has resisted the idea, saying that iconic players should be recognized in distinctive ways, and has repeatedly pointed to the prestigious Roberto Clemente Award, given annually to a player who embodies sportsmanship and community service, as M.L.B.’s way of honoring Clemente. Manfred has called the award “truly baseball’s highest honor.”

With or without an official directive, many Puerto Rican players have essentially tried to retire the number themselves, passing up chances to use No. 21 throughout their lives. (Clemente’s only major league team, the Pirates, retired No. 21.)

“No Puerto Ricans will use the number because of Roberto Clemente,” Carlos Correa, 24, the Puerto Rican superstar shortstop of the Houston Astros who uses No. 1, said in Spanish. “The way I see it: Roberto Clemente is a figure for Latinos just like Jackie Robinson was for African-Americans. Clemente didn’t just break barriers but inspired other Latinos to get into baseball.”

“I never tried to use No. 21,” added his compatriot Edwin Díaz, 25, the Mets closer who uses No. 39. “That is something where everybody can’t use it.” 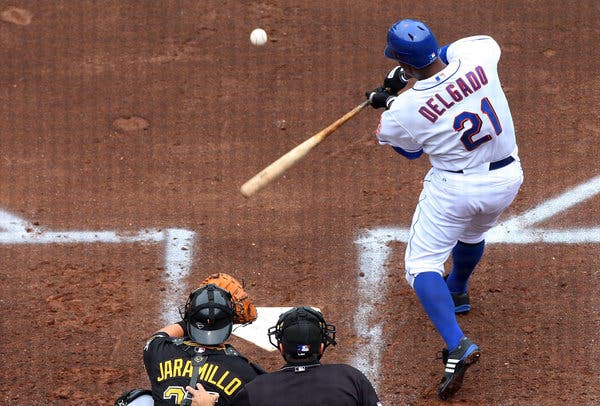 Yadier Molina, the St. Louis Cardinals’ star catcher, and Carlos Beltrán, a former star outfielder and current Yankees special adviser, have both won the Clemente Award, and the two Puerto Ricans have also steered away from using No. 21 during their careers.

“You can use it to honor him or you can see it as something you don’t want to touch, because the way he carried the No. 21 is hard for another player to do in the same way,” Beltrán said in Spanish. “It’s not impossible, but it’ll be really hard. You’ll always have that shadow of Clemente, and many players avoid using that.”

Clemente’s legacy remains potent in Puerto Rico, where his likeness dots the island. Near a main entrance of Hiram Bithorn Stadium in San Juan, “#Retire21” is painted within a mural of a memorable Clemente image: tipping his cap to the crowd at Three Rivers Stadium in Pittsburgh after notching the 3,000th and final hit of his career. In 2016, No. 21 was officially retired across the island, from the professional winter league named after Clemente down to the youth level.

Not all players avoided the number. Outfielder Rubén Sierra, who spent most of his 20 major-league seasons with the Texas Rangers, and first baseman Carlos Delgado, who played 17 seasons, were among the few Puerto Rican-born players to wear No. 21 during their careers.

Delgado said he used it in the minor leagues and for the 1996 season with the Toronto Blue Jays before turning it over to star pitcher Roger Clemens, a new acquisition and more senior player, in 1997. Delgado returned to No. 21 from 2006 through 2009, when he was with the Mets. 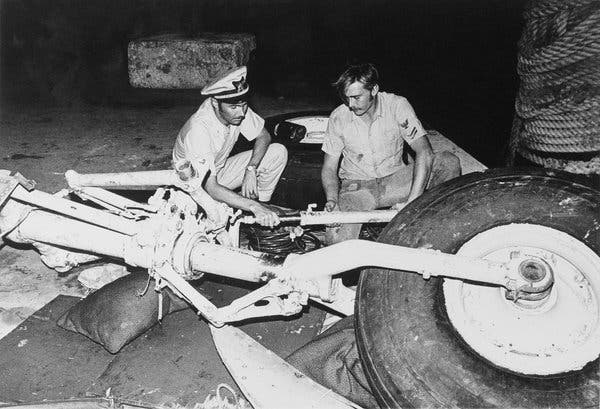 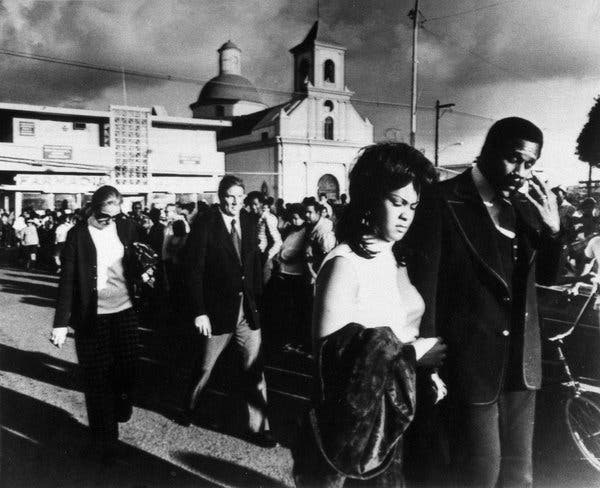 Willie Stargell of the Pirates and his wife, Delores, after a memorial service for Clemente in 1973. Credit Harry Cabluck/Associated Press

“In my case, the decision wasn’t a hard one,” he said in Spanish in a phone interview. “I thought he was so important that this was a way to recognize him. I understand the other side of the coin, not using the number to honor him, but as long as you honor his memory and his career, I think it’s O.K.”

Even so, Delgado said he was in favor of retiring Clemente’s number because his legacy was comparable to Robinson’s. Delgado, who won the Clemente Award in 2006, said he wasn’t sure why No. 21 hadn’t been retired yet, but he wondered if M.L.B. might feel pressure to also retire a number of an illustrious player from Venezuela or the Dominican Republic, two countries that have produced many successful major leaguers.

Luis Clemente, whose family has worked with M.L.B. on past initiatives involving his father and his legacy, has a different idea on honoring No. 21. He has advocated not only a number retirement but some sort of unique and visible recognition — such as a patch on the jersey or hat — to be worn by the previous year’s Clemente Award winner; he hasn’t had official talks with M.L.B. about the idea.

“My uncle — my dad’s only living brother — feels people will forget if they don’t see the number,” Luis Clemente said. “I don’t think that’s necessarily true. But it has to go hand-in-hand” with a visible reminder.

For now, so many current and former players have taken the matter into their own hands that to some, the issue is settled.

“We recognize what he’s done and we know that the number should be retired,” said Ricky Bones, 50, a former major league pitcher and coach from Guayama, P.R. “In our hearts, it’s retired.” 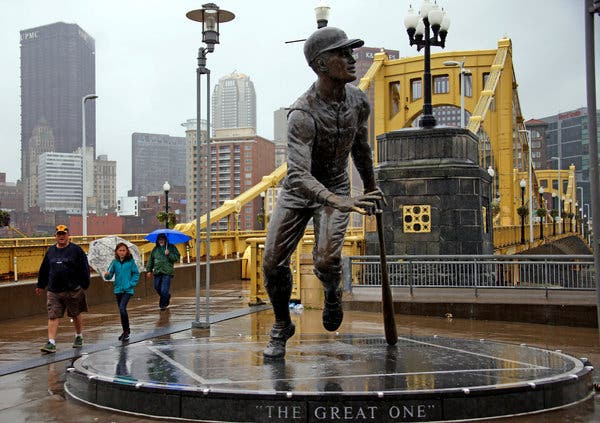