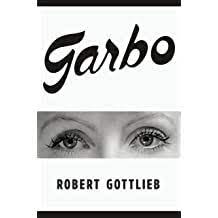 Robert Gottlieb’s scrupulous study, “Garbo,” suggests that the great star was a sphinx without a secret.

Whether by disposition or by strategy, Greta Garbo was the most elusive of movie stars. In the 80 years since she gave her final performance, “I want to be alone” (a line she spoke in “Grand Hotel”) has become the thing for which she is best remembered — more than her talent, probably more than her beauty and certainly more than her movies, of which even a lot of cinephiles would have trouble naming five. Her professional legacy is lean: Even the two famous slogans associated with her — “Garbo Talks!” for her first sound picture, “Anna Christie,” and “Garbo Laughs” for her most enduring (let’s just say best), Ernst Lubitsch’s “Ninotchka” — herald deviations from the norm. This is not the Garbo you know, they say: the silent Garbo, the unsmiling Garbo, the enigmatic Garbo. Impenetrability is an odd quality for a performer to make her signature.

So it’s fitting that “Garbo,” Robert Gottlieb’s ardent and wise investigative portrait, sometimes reads less as a methodical account of a life than as a biography-mystery, a hunt for a quarry that the author, a veteran editor/writer/obsesser/pursuer who ran (at different times) Knopf and The New Yorker, understands is likely to remain just out of reach.

As he makes clear in his generous citations of the writers who preceded him into this cavern, hers is not an unexamined life. “I am inclined to think that there is altogether too much discussion of Garbo these days,” a critic for The New Yorker wrote. That was in 1932.

What, if anything, is left to discover? In the early going, not much. Gottlieb is painstaking in reconstructing her youth (as Greta Gustafsson) in Stockholm and her cultivation by a director who “had been looking for a beautiful girl whom he could completely mold.” Upon her arrival in Hollywood in 1925, she did not work her way up; as soon as M-G-M found her, the studio decided she would be their next leading lady. “Greta Garbo — Perfection!” blared their publicity campaign. “She was,” Gottlieb writes, “bewildered, unsophisticated,” a young woman “suddenly transported to Oz.” And, as he reminds us right at the start, many of the movies she made were “clichéd or worse,” and their star was not a goddess, merely “a Swedish peasant girl, uneducated, naïve and always on her guard.”

What is absent from the early part of “Garbo” is her personality, and I don’t mean that as a criticism of Gottlieb, because “personality” seems to have been absent from Garbo herself. She was shy, a bit dour, could laugh with friends but then turn cold — in short, a cipher.

Gottlieb suggests that, given its first glimpse of her, “the world simply grasped that she was unique and to be treasured.” Stardom, even in Hollywood’s formative years, was rarely that free of machinery, but in Garbo’s case, one has to credit a certain kind of alchemy; what could seem withholding, blank, even dull in life felt deep, adult and mesmerizing when projected onto a screen. And once Garbo steps in front of the camera, Gottlieb’s book comes gloriously into its own, a tour through a career offered by a shrewd, deeply perceptive docent, brimming with knowledge and insight.

This seems an apt moment to mention that the author turned 90 this spring, not only because, come on, bravo, but also because the fact that he was born in 1931 proves an invaluable asset to his understanding of his subject. To Gottlieb, the 1930s studio movies in which Garbo made her mark aren’t relics of history to be discovered in film class or on TCM. They’re just the stuff he grew up on, made efficiently to be consumed quickly, and he brings to his assessments a fan’s appreciation, a connoisseur’s acuity and an amused impatience with the aspects of them that are and always were ridiculous.

Maybe it takes a nonagenarian to be this tartly un-gushy about Garbo’s “Grand Hotel” co-star Lionel Barrymore, “whose overacting is unbearable even by Lionel standards. (Lonely, dying old men don’t have to be hams.)” Or to contextualize a long-forgotten movie like “The Single Standard” thus: “Here she’s natural, happy (when not being noble), fun to watch — likable! You see once more what she might have been in talkies if she and M-G-M hadn’t conspired to keep her in lugubrious romances and high-flown ‘classics’ and historicals.” His writing about “Camille” — remembered, and often dismissed, for its over-the-top melodrama and death scene — is the first I’ve read that helped me understand the esteem in which generations of worshipers have held her performance. This is what we want film books to do — to send us to the work with sharper eyes and more open minds.

Any attempt at a life of Garbo faces inevitable second-act trouble. She abruptly departed from the screen in 1941 (“I had made enough faces,” she told David Niven), and … then what? Gottlieb details the mostly uneventful remaining half-century (!) of her life fitfully, which may be the only way to detail an existence seemingly shaped to avoid excitement. She moved into a nice Manhattan apartment on 52nd Street. She bought some Renoirs. She had few close friends, and her relationships with them were fraught with various suspicions and betrayals. She went to dinner parties and Gristedes and the florist and took long walks. She appears not to have said a single interesting thing. And then she died, leaving an estate worth between $32 million and $55 million, and stiffing everyone but her niece. The rest is (even more) silence.

But not, thankfully, in this book. In the last 100 pages of “Garbo,” Gottlieb turns from writer to curator, offering old articles, excerpts from memoirs, biographies and novels, and the murmurs and memories of dozens of other voices, from scholars and critics to colleagues and co-stars. It’s as if he has turned over his clipping files to us and said, “See what you make of this” — fair enough, since we’re all trying to solve the same puzzle. We hear from fans like Katharine Hepburn, who said Garbo had “a real, real gift for movie acting. … Photographically she had something that nobody else had. That’s what made her. You don’t become that famous for no reason.” And from non-fans like Marlene Dietrich: “She is the kind of person who counts every cube of sugar to make sure the maid isn’t stealing, or eating too well.”

I searched these pages for an observation that might serve as the rug that ties the room together. John Gielgud’s verdict came closest: “Lovely childlike expression and great sweetness — she never stopped talking but absolutely to no purpose — said her life was empty, aimless, but the time passed so quickly there was never time to do anything one wanted to do! … I couldn’t make out whether her whole attitude was perhaps a terrific pose.” Gottlieb is the first to admit that resolving that may be impossible, although his thoughtful contemplation of her should spur many to watch her movies and try. But don’t say he didn’t warn you: “She offered the world intense emotion and great aesthetic pleasure,” he writes, “but she didn’t offer herself.”