When Rudolph W. Giuliani went to Madrid in August to confer with a top aide to the Ukrainian president and press for political investigations sought by President Trump, he also met with a previously unidentified client with very different interests.

While in Spain, Giuliani stayed at a historic estate belonging to Venezuelan energy executive Alejandro Betancourt López, who had hired Trump’s personal attorney to help him contend with a Justice Department investigation of alleged money laundering and bribery, according to people familiar with the situation.

A month later, Giuliani was one of several lawyers representing Betancourt in Washington. The lawyers met with the chief of the Justice Department’s criminal division and other government attorneys to argue that the wealthy Venezuelan should not face criminal charges as part of a $1.2 billion money-laundering case filed in Florida last year, said the people, who, like others in this report, spoke on the condition of anonymity because of the ongoing investigation.

The criminal complaint alleges that top officials of the Venezuela’s state-owned oil company, elite business leaders and bankers conspired to steal money from the company and then launder it through Miami real estate purchases and other investment schemes.

Betancourt is not one of the eight men charged in the case, a group that includes his cousin. But two people familiar with the matter said that he is referred to in the criminal complaint as a uncharged co-conspirator, aspreviously reported by the Miami Herald.

Giuliani’s representation of Betancourt — which has not been previously disclosed — is a striking example of how Trump’s lawyer has continued to offer his services to foreign clients with interests before the U.S. government while working on behalf of the president. And it shows how Giuliani — who says he was serving as Trump’s attorney pro bono — has used his work for paying clients to help underwrite his efforts to find political ammunition in Ukraine to benefit the president.

In response to questions about his relationship with Betancourt, Giuliani wrote in a text, “This is attorney client privilege so I will withstand whatever malicious lies or spin you put on it.”

Eric Creizman, an attorney for Giuliani, declined to comment.

Jon Sale, an attorney for Betancourt, said his client denies any wrongdoing. He declined to comment on Betancourt’s relationship with Giuliani.

Giuliani, a former New York mayor and top federal prosecutor in Manhattan, is nowunder scrutinyby the U.S. attorney’s office he once led, which has filed campaign finance charges against two of his associates, Lev Parnas and Igor Fruman. Investigators are examining Giuliani’s consulting business as part of a broad probe in a raft of possible crimes, including wire fraud and foreign lobbying violations, according to people familiar with the matter.

Giuliani is also a key figure in the ongoing House impeachment inquiry into Trump, in which top government officials have testified that the president’s lawyerled a shadow effort to pressure Ukraine to announce investigations of Trump’s rivals in exchange for a White House meeting.

Trump had urged U.S. officials hoping to broker a good relationship between him and newly elected Ukrainian president Volodymyr Zelensky to work with Giuliani, according to congressional testimony.

On July 25, TrumpaskedZelensky to pursue the investigations of Democrats. Days later, Giuliani headed to Madrid to meet with Andriy Yermak, a top aide to Zelensky, to cement the deal, according to Giuliani and congressional testimony.

Giulianitold The Washington Post in September that Yermak had offered to come to the United States, but he suggested Spain. “I told him I was already going to be in Madrid for something else the first weekend in August, so why don’t we just meet there?” he said.

The purpose of the Aug. 2 sit-down: to spell out two specific cases Trump wanted Ukraine to pursue, Giuliani told The Post in September.

One was a probe of a Ukrainian gas tycoon who had former vice president Joe Biden’s son Hunter Biden on his board. Another was a claim that Democrats colluded with Ukraine to release information on former Trump campaign chairman Paul Manafort during the 2016 election.

Yermak, according to Giuliani, indicated that the Ukrainians were open to pursuing the investigations. The aide reiterated the Ukrainians’ plea for a meeting with Trump, a summit that would be an important signal to Russia of Washington’s support for Ukraine.

“I talked to him about the whole package,” Giulianisaid.

After the meeting, Yermak began circulating a draft of a statement the Ukrainians were considering issuing regarding their commitment to investigating corruption, according to text messages released as part of the House inquiry.

One of the main purposes of Giuliani’s travel to Spain was to meet with Betancourt, who has made a fortune in work for the Venezuelan government, according to people familiar with the trip.

The company, Derwick Associates, has denied paying bribes to win its contracts and said the contracts reflected the high cost of doing business in the socialist country.

Sale, Betancourt’s attorney, is a longtime friend of Giuliani’s who attended law school with him. He also briefly represented Giuliani as he responded to congressional inquiries regarding Ukraine, sending a letter to House committees explaining that Giuliani would not comply with a subpoena for documents.

Giulianihas defended his workfor foreign clients, arguing that their identities and interests are “irrelevant” to his uncompensated efforts for Trump. “My other clients are paying me for the work I do for them. Nobody is paying me for a single thing I’m doing for Donald J. Trump,” he told The Post earlier this year.

Hetoldthe Daily Beast in October that he met Yermak in Madrid because he already planned to be in the Spanish capital for “business and vacation.”

He said it was an example of how the costs of his travel for Trump were covered by separate work he did for private clients.

“That particular trip has not been reimbursed, but about three-fourths of it would be business and one-fourth would be personal,” he said. “The Trump part would be considered personal because I don’t get paid for representing the president.”

He told Reutersin September that his expenses “were paid by I assume one client. Since I took two days off I think I paid some of that personally as well.”

During the trip, Giuliani met with Yermak at a hotel in Madrid, according to people familiar with the trip.

But he — along with Parnas and Fruman — stayed at an expansive estate belonging to Betancourt on the grounds of an ancient castle once used by Spanish royalty, the people said.

A Betancourt company purchased El Castillo del Alamín in 2011 for nearly 23 million euros, according to the Spanish news outlet El Mundo. It is about an hour southwest of Madrid.

On Aug. 3, the day after his meeting with Yermak, Giulianitweeted images of a Spanish village, writing, “South of Madrid are beautiful small towns and lovely countryside and very wonderful people.” 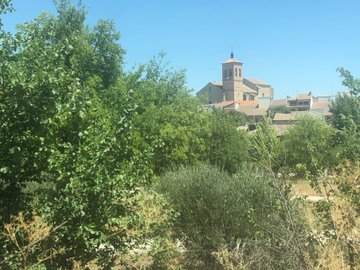 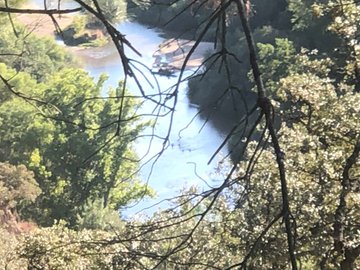 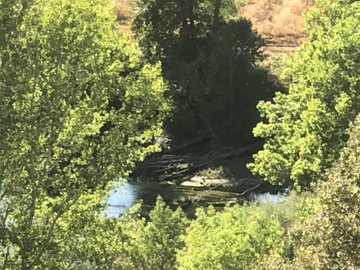 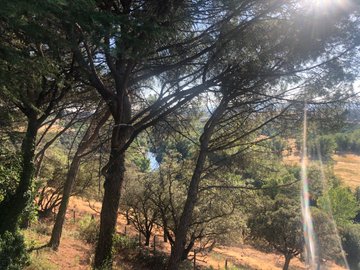 A month later, Giuliani joined a number of lawyers representing Betancourt at a meeting at Justice Department headquarters with Brian Benczkowski, the head of the criminal division, according to people familiar with the session.

At the time, federal prosecutors in Manhattan were pursuing the case against Giuliani’s associates, Parnas and Fruman.

When the New York Timesreportedin October that Giuliani met with the criminal-division chief about one of his clients, the Justice Department said Benczkowski was not aware of the New York case at the time.

“When Mr. Benczkowski and fraud section lawyers met with Mr. Giuliani, they were not aware of any investigation of Mr. Giuliani’s associates in the Southern District of New York and would not have met with him had they known,” Peter Carr, a department spokesman, said at the time.

The client who was the subject of the meeting has not been previously reported.

Giuliani has cast his efforts to dig up damaging information about Democrats in Ukraine as a strategy to assist his client, Trump, but also motivated by a lifelong commitment to fighting corruption.

However, his involvement with the Betancourt case puts him at odds with a long-running effort by federal prosecutors to crack down on corruption in Venezuela.

The United States has been aggressively pursuing bribery, embezzlement and money laundering cases against Venezuela’s elite, arguing the corruption has helped collapse the country’s economy and caused civil unrest.

Federal prosecutors in Miami have said in court filings that billions have been looted from Venezuela’s state-owned energy company, Petróleos de Venezuela S.A., or PDVSA, which has faced particularly dire economic consequences.

Betancourt was not named in theJuly 2018 criminal complaint, but the case’s lead defendant, Francisco Convit Guruceaga, is his cousin and sat on the board of Betancourt’s company. Convit is considered a fugitive by the U.S. government, according to court records.

While Giuliani’s representation of Betancourt had not been previously disclosed, Venezuela has surfaced as a topic in the House impeachment inquiry.

In a closed-door deposition given to congressional investigators on Oct. 14, former National Security Council official Fiona Hill alluded to the possibility of a Venezuela tie to the ongoing Ukraine saga.

“I was told that by the directors working on the Western Hemisphere. I didn’t have a chance to look into this in any way. I was told that the same individuals who had been indicted had been interested at different points in energy investments in Venezuela and that this was quite well known,” she said, referring to Parnas and Fruman, accordingto a transcriptlater released.

She did not detail the information she had been given, only that she had learned the two were “notorious in Florida” and involved with “strange things in Venezuela.”

“Well, I was extremely concerned that whatever it was that Mr. Giuliani was doing might not be legal, especially after, you know, people had raised with me these two gentlemen, Parnas and Fruman,” she said.